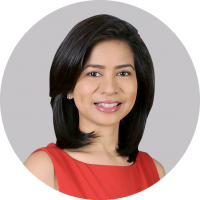 Post-law firm, she joined Procter & Gamble Philippines (P&G)  where she was a Senior Counsel and member of the Leadership Team. In 2010, she was appointed by the President of the Republic of the Philippines as the CEO of Pag-IBIG Fund, a government financial institution with 480B Php (US$9.6B) in total assets, responsible for handling the Filipino workers savings program, and implemented the government’s housing program.

Among the achievements of the Pag-IBIG Fund under her leadership include: doubling the membership from 8M to 16M, reducing the interest rates from as high of 11.5% to 5.5%, tripling  the branches from 38 to 119, attaining the highest loan takeout at 57.3Billion (US$1.14B) Pesos coupled with the highest performing loans ratio of 93.49% (net of impairment loss), and obtaining an ISO 9001:2008 certification in record time. 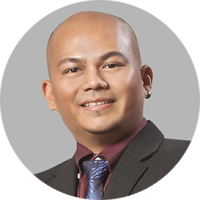 Albet Buddahim is best described as a “working student” with an avid passion for learning, no matter how long the work days are. He started his humble journey as a night-shift call-center agent while taking up his studies in the UP Diliman the morning after.

With an impressive seventeen years of work experience under his belt, Albet has led digital, marketing, sales, and E-Commerce teams from a wide range of prestigious Client-side brands namely; as the Chief Marketing Officer of L’OREAL Philippines, the Head of Digital & Business Transformation in AVON Philippines, the Digital Business Platform Leader & Digital Marketing Manager of Proctor & Gamble Asia. On the other side of the spectrum, his Agency saw him as the Chief Digital Officer of IPG Mediabrands Philippines and the Digital Director of ZenithOptimedia Philippines. Meanwhile, in digital publishing, he served as the Head of Sales & Marketing Solutions at yehey.com.

His accomplishments in growing the L’OREAL Philippines brand as Chief Marketing Officer garnered him recognition as the Digital Marketer of the Year from CMO Asia Organization in 2018. The year prior, he became the first ever winner of Mansmith & Fielders’ Young Market Master Awards for Digital Business Building, celebrating his role in IPG Mediabrands.

Besides his role as Katapult Digital’s peppy CEO, he is also happily married to his former P&G Asia officemate, Diane Bangit-Buddahim. Albet and Diane are blessed with son, five-year old Baron, and daughter, three-year old Cyrene. 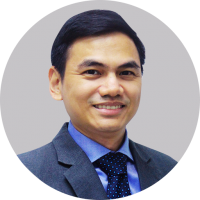 Shortly after, he moved to Procter & Gamble Philippines, where he stayed for more than a decade, leading process and technology innovations on ITIL Problem Management, SAP Archiving, Mobile Marketing, CRM, and Consumer Database Systems.

In his last role, Francis developed the Global eCommerce architecture and system which delivers $3B in Sales for P&G today.

Francis is the first certified Enterprise Architect (TOGAF9) in the Philippines, and has since founded several technology companies which offer CRM, iOT, and Consulting.

Outside of his usual work, Francis organizes and speaks for the Open Group Regional Events,  and is an adviser to the Supreme Court of the Philippines on IT and Process matters. 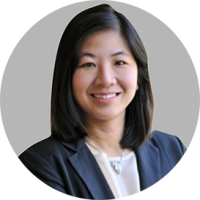 Quennie is a graduate of De La Salle University with a Bachelor of Computer Science with Specialization in Information Technology.  She was active in the La Salle Computer Society, where she was President and a member of the Student Council, where she was elected College President of the College of Computer Studies.  Queenie was then awarded with a Student Leadership Award upon graduation.

After graduating, Quennie started her corporate career with Procter & Gamble Philippines (P&G) as a Systems Analyst in the Information Technology department, part of the SAP implementation and support team.  Later on, she moved on to work for a B2B e-commerce portal for customers.

After five years, she transferred to the marketing department within the P&G company, looking after established brands Pampers and Whisper pads. After an impressive corporate career, the company assigned her to work in Singapore where she led the relaunch of Pampers in the late 2000s, which successfully catapulted Pampers as the number one diapers brand in the Philippines.

While in Singapore, her talents were recognized by Abbott Nutrition as a Global Innovation Manager, where she led the qualification of a five-year innovation pipeline for two major brands, including the design of mid-tier formulation across nine markets. In 2013, she was made Head of Pedriatic Marketing in the Philippines, where she gained experience in ethical marketing, led a medical sales team for pediatric nutrition, and consumer marketing.

One of her key contributions was to identify and execute a multi-million dollar margin improvement for her brands, garnering the Global President’s Award.

Afterwards, she became the Vice President of Marketing for SM Retail where she looked after Digital Marketing, Visual Merchandising, Creatives, and Media buying teams.  At SM, she also sought and implemented several successful partnerships with brands to drive revenue growth and increase store traffic. 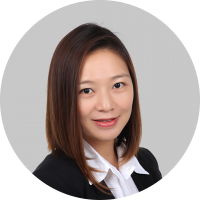 Aubrey is the current leader for our Singapore branch, launching Katapult Digital into bigger and better heights across the region. She is an accomplished professional with diverse experience in the fields of Marketing & Communications, Information Technology, and Project Management.

A graduate of Ateneo de Manila University with a Bachelor of Science degree in Management Information Systems, Aubrey lent her talents in impressive industries across the region. Before spearheading the Singapore office of Katapult Digital, she was the Malaysia & Singapore Brand Operations Leader for Procter & Gamble, responsible for leading the delivery planning and activation of holistic and innovative marketing campaigns relevant to the consumers in the market. Concurrently, she also led Facebook strategies and capability building for P&G in Asia, enabling stronger execution of Facebook in the different markets under her role.

She has a sharp focus on returns on investment in any business she manages and consults on. Aside from her time in P&G, Aubrey holds more than 10 years of experience as an Executive Director of AC Meridian Pte. Ltd. (Group of Companies), which owns & operates six Subway stores in Singapore, is currently the chair for the Subway Singapore Advertising board and the Finance Director of a Food Service company in Myanmar. She is also a certified Real Estate business practitioner.